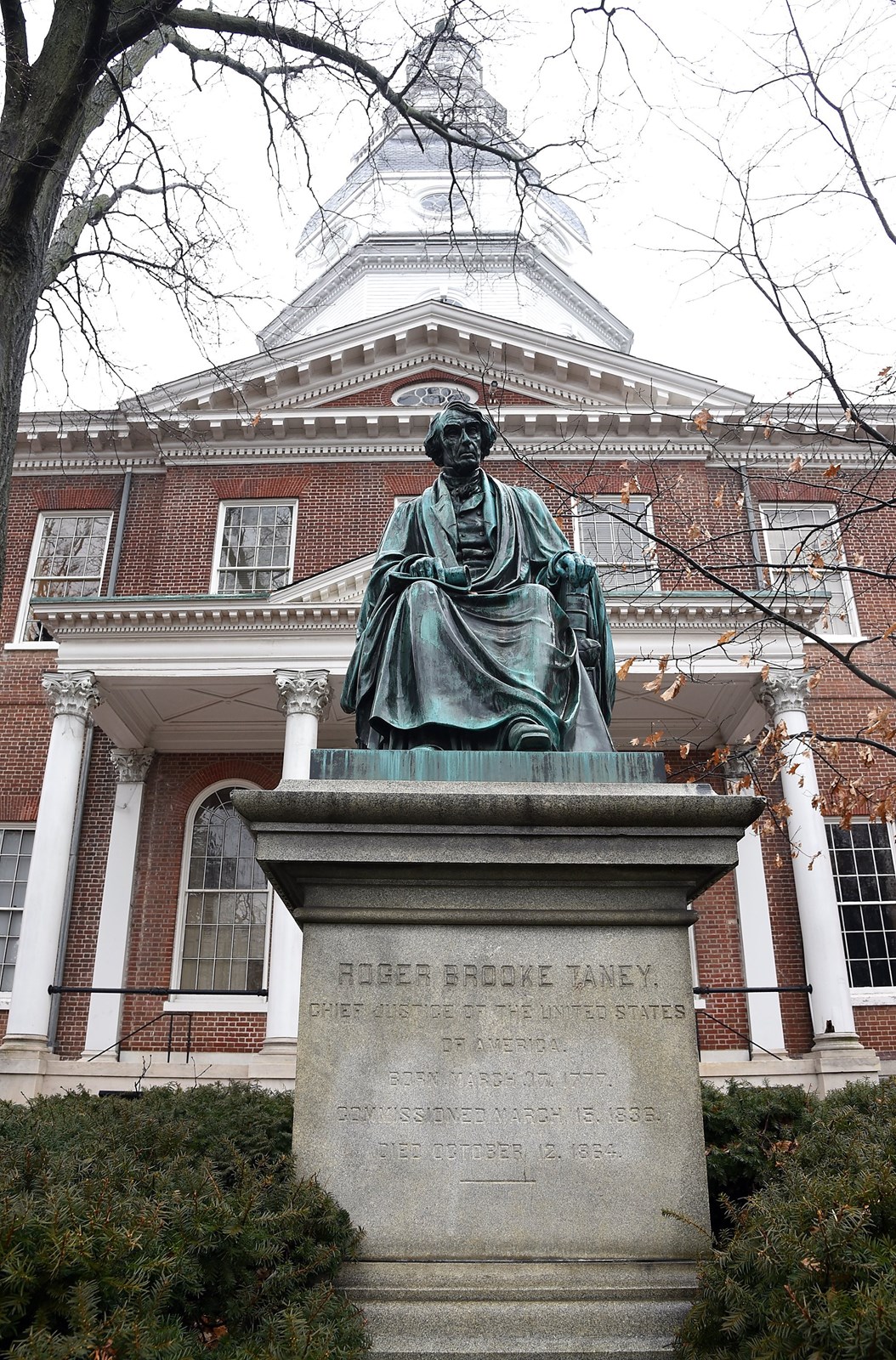 Maryland Speaker of the House Michael Busch wants the Roger Brooke Taney statue in front of the State House could to be removed from the grounds in Annapolis. (By Paul W. Gillespie/Capital Gazette )
PREVIOUS IMAGE

Busch said the statue of former U.S. Supreme Court Justice Roger B. Taney — author of the infamous 1857 Dred Scott decision that upheld slavery and denied citizenship to black people — should no longer preside over the front lawn of the Maryland State House.

“It's the appropriate time to remove it,” he said. Leaving it in place after white supremacists openly rallied “would send a message that we condone what took place, that slavery is all right.”

Though activists and some lawmakers have long been calling to remove the statue or otherwise diminish its stature, Busch is the most powerful political leader to outright advocate for its removal. On Tuesday, Gov. Larry Hogan called for the statue to be removed. In 2015, Hogan called removing the statue “political correctness run amok.”

He is also one of four members of the Maryland State House Trust, which oversees the use of the property and would need to vote on taking the statue down.

Republican Gov. Larry Hogan and Democratic Senate President Thomas V. Mike Miller are also on the board. Miller, who represents parts of Calvert and Prince George’s counties, said Monday he would prefer the statue remain but wouldn’t block its removal if Hogan decided that was what should be done.

“While there is a flawed history surrounding Justice Roger Taney, he was not a Confederate figure,” Miller said in a statement.

“As a student of history, I personally believe there is greater value in educating and providing context to Justice Taney and the inflammatory language of the Dred Scott decision rather than removing his statue from the State House grounds. …

“At the same time, however, the Governor is the leader of our State, and the Chair of the State House Trust. Should he support removal, I will not stand in the way of his decision.”

On Monday, Amelia Chasse, a spokeswoman for Hogan, called the State House “a living, working museum” and said the governor was willing to discuss changes to monuments with Busch and Miller.

“While we must be mindful not to scrub historical references that are difficult to confront, the use of these monuments as a rallying point for bigots and racists means that we must make the distinction between recognizing our history and glorifying dark chapters in our nation’s past,” Chasse said.

“There’s no precedent for anything like this,” said Elaine Bachmann, a State House historian and acting secretary of the Maryland State House Trust.

PREVIOUS ARTICLE
Article 10 of 35
NEXT ARTICLE